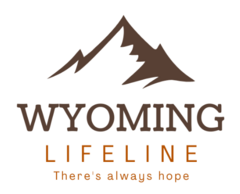 This was an online and CATI survey that was done from our local office about local interests.  During this study we were trying to get the opinion of local businesses, who order large quantities of meat and produce, on whether or not they would be interested in buying locally instead of from the mass producers.

This was a Nationwide study that we conducted in conjunction with our San Francisco office.  The study involved asking people about their understanding of the HIV criminalization laws and if they thought that the laws should be changed to reflect new information about the spread of HIV.

Filling a need, growing in impact

About the WYLL service | The Wyoming LifeLine (WYLL) is a suicide/crisis call center that provides confidential and free support to Wyoming people in crisis and distress. Launched on August 12, 2020, it is a privately funded effort of Waller Hall Research based in Greybull, WY

​     This is a different project than we have done in the past.  We are an in-bound call center, working as account Tier-1 support.

​We feel that giving back to the community that we operate in is very important.  As time permits and opportunities arise we look forward to helping out!

This was a CATI study that we conducted in conjunction with our San Francisco office.  During this project we were screening people who suffer with Psoriatic Arthritis to take part in focus groups in three cities across the US.

These are few of the projects that we have completed:

This was a CATI screener that we conducted during the November 2015 elections.  We were screening registered voters in the City of Houston, TX.  Those who qualified were then asked to become a member of an online community, giving their opinions of the political race in their city.